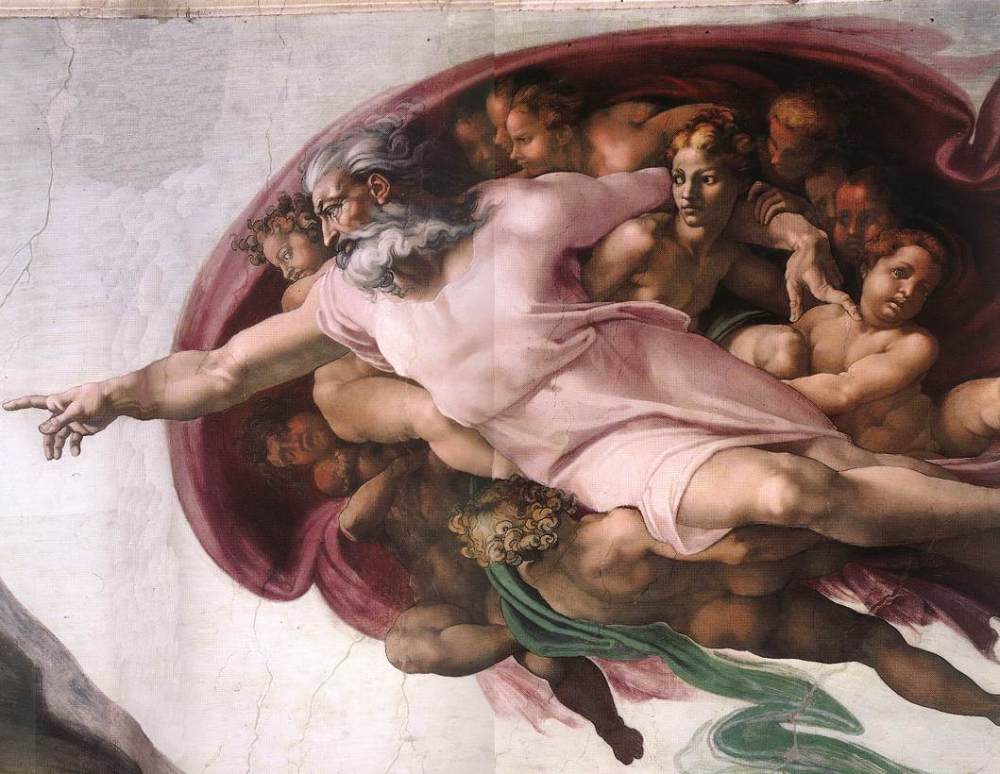 Seeing God is no small task, however. It can seem daunting, to say the least, but it is an exercise that is well worth the effort. To continue will put you in the company of men such as Michelangelo, who became a revolutionary of his time by painting a very human vision of the face of God into the Sistine Chapel. Can you imagine the enormity of his task, to make himself that vulnerable by expressing his personal vision of God? To fully appreciate the size of his undertaking, I always imagine him gazing at a blank wall and wondering where to begin, asking himself,

“How should I personify the Creator?”

After years of perfecting his vision of God as a powerful deity with flowing grey hair, the chapel opened for its first public viewing. Imagine the feelings of apprehension he must have had has he opened the doors of the chapel for the first time. He probably thought, “Will anyone understand what I am trying to say with this work?” When we see the beauty of his work, it is difficult to imagine a man with any kind of fears or doubts. It is interesting to note, however, that Michelangelo’s painting of God was such unfamiliar territory for his day, and his approach so ground-breaking, that upon their first viewing, the cardinals did not even recognize his portrayal as a vision they were familiar with of God. Their ideas of God as creator of the universe had never before been this humanistic. However, with this portion of his ceiling Michelangelo begins a new age of viewing God as someone who is much more approachable; a God who is strong and powerful, who is control of all the universe,but ultimately reaching out to man.

How do you visualize God? Has it changed over the years?

Dear Lord as we come before your throne today, lead us into a new vision of your presence. Help us to see how you are reaching out to us in our daily lives by the people you send to us.