Our daily news reports can be very discouraging at times.  Well, if we are really honest, we would likely admit that most of the time the true nature of things can cause us to despair. As we observe todays events from the sidelines, we each may decide to either bury our heads in the sand or become very bitter; we might lose our faith. Our hearts cry out: “What is the world coming to?”  and then we trudge on…. often  shaking our heads and thinking that some things never change…or maybe some of us think “If only we could return to a simpler time”…

This week, as our day trip searches for an escape from our current events, we are traveling back in time to honor a place that has often sat in the eye of the storm throughout  our country’s  struggle towards equality and civil rights. One might say that this now quiet refuge has often served as a lightning rod attracting great men who have stood up for social justice.

Harpers Ferry is an idyllic little town that sits on the confluence of the Potomac and Shenandoah rivers. When you visit it today, your senses are treated to the sounds of rushing water and views of breathtaking vistas. It is such a peacefully serene place that it is rather hard to imagine the storms that have blown through these hallowed grounds.

Over the years, Harpers Ferry has repeatedly attracted those who have answered the call to take a stand against the “prevailing winds” of  public opinion of their time… and so, like a fugue that keeps spinning out its complex melodies it has defined its recurring theme as

a place of resistance.

This beautiful spot was first chosen my George Washington as the site for our U.S. Armory because of its strategic location to river.  In time, his choice would bring the railroad through the mountain pass to their front door. To his mind, this location must have made great sense, having no idea that it would later become the chosen battle ground for John Brown and his famous raid aimed to ignite a great slave rebellion throughout the south…

Then too, Washington couldn’t have imagined our nation embroiled in war against itself and that Harpers Ferry, surrounded by higher ground, would be so coveted by both sides and so easily captured that it would change hands  some 8 times during the “War between the States”….He couldn’t  have known that it would become such a bull’s eye for the many storms that would rage over time.

Lesser known to me, but of even greater significance perhaps, was the meeting of the Niagara Movement led by D.E.B. Du Bois. This small band of visionaries chose this location to be the first meeting place of their group on U.S. soil. ( August 15-17, 1905) This meeting would later give birth to a movement throughout our land that was meat to flow like a “mighty current” of change against the racial segregation and disenfranchisement of the African American people. This group, that later grew into what we know as the NAACP, stood against the prevailing thought of the more accommodationist policies of Booker T. Washington…and so like Brown, they were forward thinking or revolutionary for their time.

DuBois writes regarding the  Jim Crow laws of the day:

Yes we have come so far from these days and yet we must not forget how to see both sides as we travel on.

Let us consider this week all our painful history in the battle for freedom. Let us call to mind all the social changes we have made over time… all the little steps towards equality we have managed when we have stood together.

But let us not forget the scares that each change inevitably carries. Let us choose to remember how far we have been carried on the backs of these great men who have had the courage to stand against the trend of public opinion.

We must continue to carry their ideals forward into the future and not lose our faith in God and in one another.

Think back now.. to Jesus’s last moments and words on the cross:

“It was now about the sixth hour, and darkness came over the whole land until the ninth hour, for the sun stopped shining. And the curtain of the temple was torn in two. Jesus called out with a loud voice, ‘Father, into your hands I commit my spirit.’ When he had said this, he breathed his last. The centurion seeing what had happened, praised God and said, ‘Surely this was a righteous man.”     Luke 23: 44 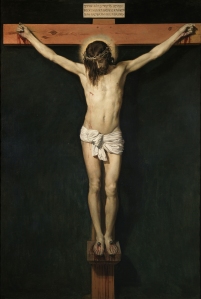 In this moment of Jesus’s death, God was glorified and praised….not because of the sun darkening or the temple curtain being torn in two, even though I am sure that did make an impression.  No I believe, God was glorified because in his moment…in his place of resistance —

Jesus did not despair…

Jesus shows us how to make our stand and never loose our faith in God’s plan.

Dear Lord as we travel through our upcoming week and as we hear all the news of the events of the world, help us to not lose heart, and help us to restrain our hearts from joining the chorus of bitterness. Lead us not into temptation of railing against those who seem to oppose us and help us to have the courage to stand against the prevailing winds of public opinion.

Thank you for these strong men of our history and thank you for Jesus the image of your love here on earth.

The answer is “Blowing in the Wind” 🙂

p.s. Thank you for your prayers this week, because I really felt them…

I had a wonderful time at the early morning prayer breakfast at Fort Detrick, on Tuesday, and I want to send special thanks to Chaplin Choi To and Chaplin Ahn for their warm welcome.

It was inspiring to see all those who gathered to pray for peace in our land.

Classes start this week at FCC and my mother is flying in for her Fall visit:))

Look out Chicos we’re comin in for a landing!

Peace be with each of you!